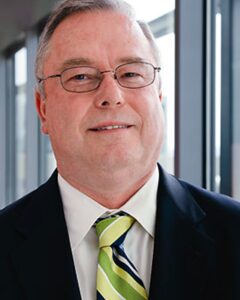 Detective Bob Shilling is a retired, 42-year veteran of the Seattle Police Department where he led the Sex and Kidnapping Offender Detail for 21 years. Bob spent the last three years of his career as the Head of Crimes against Children for INTERPOL in Lyon, France. Under Bob’s leadership, his team and network of investigators physically rescued 5,420 victims of sexual abuse through victim identification techniques on child abuse images circulated on the Internet and Darknet.

Bob was the recipient of the 2014 International Council of Jurists Award presented in London by the President of the International Court, and the former Prime Minister of Jordan. The award was for his lifetime achievements in protecting the rights of children. Bob was the first law enforcement officer ever to receive this award. In 2015, he was honoured at Facebook Headquarters in Dublin, Ireland with the ‘Wired Cop’ Award for his lifetime achievements in protecting children online. In October 2017, Bob received the ‘Distinguished Contribution Award’ from the Association for the Treatment of Sexual Abusers for his ‘notable contributions to the field of sexual abuse.’

Manage cookie consent
To provide the best experiences, we use technologies like cookies to store and/or access device information. Consenting to these technologies will allow us to process data such as browsing behaviour or unique IDs on this site. Not consenting, or withdrawing consent, may adversely affect certain features and functions.
Manage options Manage services Manage vendors Read more about these purposes
View preferences
{title} {title} {title}