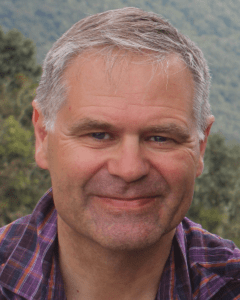 Robin Smith has over 30 years experience in leadership, operational and supply chain management, strategy development, and diplomacy. He has spent the last few years working in the southern cone of South America where, as part of his role, he led and funded programmes on human security and children protection within the military operational environment, focusing on national military contributors to UN operations. He has previously worked in Afghanistan, Africa and the Middle East as well as across Europe.

Robin is now undertaking a transition leadership role at a college for adult skills and training in the UK, and has previously held appointments as a Non-Executive Director of a UK skills and sixth form college, and as a School Governor. He holds an MBA from the University of Bath, a Masters from King’s College London, and a degree in History and Geography.

For more info on Robin, see his profile on LinkedIn.

Manage cookie consent
To provide the best experiences, we use technologies like cookies to store and/or access device information. Consenting to these technologies will allow us to process data such as browsing behaviour or unique IDs on this site. Not consenting, or withdrawing consent, may adversely affect certain features and functions.
Manage options Manage services Manage vendors Read more about these purposes
View preferences
{title} {title} {title}