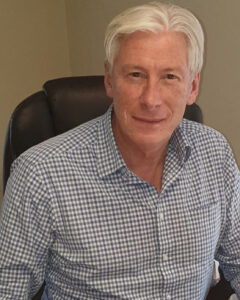 Steve Smith has been CEO of the International Refugee Trust since May 2016. Prior to joining IRT, Steve was CEO of Action on Armed Violence (AOAV) – a UK-based, international NGO, with the mission of reducing the global incidence and impact of armed violence. Here, he oversaw programmes in Burundi, Sierra Leone, Western Sahara, Liberia and DRC, while conducting advocacy work with major institutions, such as the UN, World Customs Organisation and British Houses of Parliament. Steve came from a military background, which saw him serve on operations in Northern Ireland, Kosovo, Iraq and a number of other unstable regions. He therefore brings a broad spectrum of experience of conflict zones and fragile states to KCS.

Steve holds Master’s degrees in War in the Modern World (KCL) and Risk, Crisis and Disaster Management(Leicester). He is the author of 3-2-1 Bomb Gone, a history of the fight against the terrorist bombers in Northern Ireland during ‘The Troubles’. He was appointed MBE in 1993 for his work in Northern Ireland.